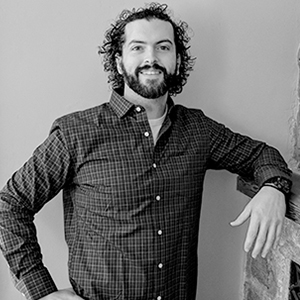 As a practitioner I loved to be challenged. I truly enjoy it when an individual comes to my clinic for treatment with a list of questions about East Asian Medicine and how it might assist them in creating greater health for themselves. This series of posts is directed at those individuals who want to know more about the physiology of East Asian Medicine. With that in mind, the physiology presented in this series is just the tip of a massive iceberg. I will be taking the knowledge I have gained from the publications of more experienced and more intelligent practitioners than myself and attempting to explain these concepts in condensed, Western societal terms.

First, we must address the structure of the body from an East Asian perspective. It is beneficial to think of the anatomy of the body as a cross-section of the physical body. We will be traveling from the superficial layers (skin) to the deepest layers (bones and bone marrow).

Classical Asian anatomy and physiology is modeled after the environment within which the human has grown and adapted. One of the canons of Asian Medicine is the “Shang Han Lun, Treatise on disease caused by cold”. Within this tome is a description of the body in six levels, moving from superficial to deep. This series will begin to present each level, one at a time.

TaiYang – Opens to the outside

The first level is named TaiYang, or, “Greatest Yang”. Yang is the warmth of the body which has an upward and outward motion. So, the greatest yang would be the most upward and outward level. “Opens” in this sense can be understood as “presents.” The TaiYang organ-channel system presents to the outside of the body as the surface immunity produced by the integumentary system, our skin.

We can, in a general sense, think of TaiYang as the “first line of defense” of our immune system. While the immune system is represented on multiple levels as we will see in future posts, The TaiYang system creates a negative electrical charge along the surface of the skin. Pathogenic microbes also emit a negative electrical charge thus, pathogenic microbes are repelled from the body (1). The TaiYang system creates this micro current by generating heat. It has been shown that the body is more susceptible to pathogenic invasion as body temperature decreases (2). Yet to be confirmed through experimentation, but one day we may be able to say that a decrease in body temperature creates a positive electrical charge on the skin. What’s the moral of the story? Grandma was right, don’t stay out in the cold or you’ll get sick!

The organ-channels associated with the TaiYang system are the Bladder and Small Intestine. These organs regulate the balance of yin and yang throughout the body by allowing the release of a yin substance, urine and sweat. The channel pathways of these organs cover much of the posterior aspect of the body. Think of the areas on our bodies that we protect when a cold burst of air whips down the street on a January evening. The shivers that make the hairs on your neck and back stand straight up!

Part of the Nu House Family

We’re happy to help verify your insurance benefits. Fill out the form below and a team member will be in touch within 2 business days!